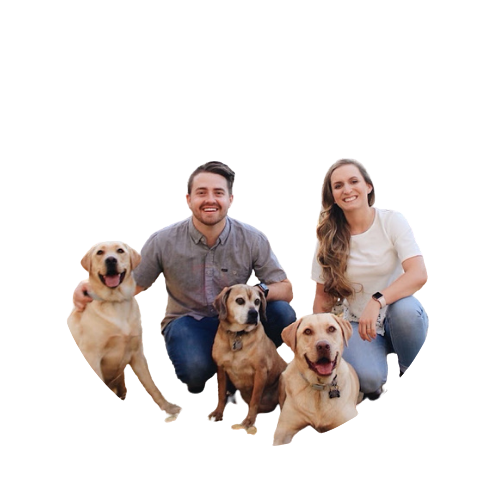 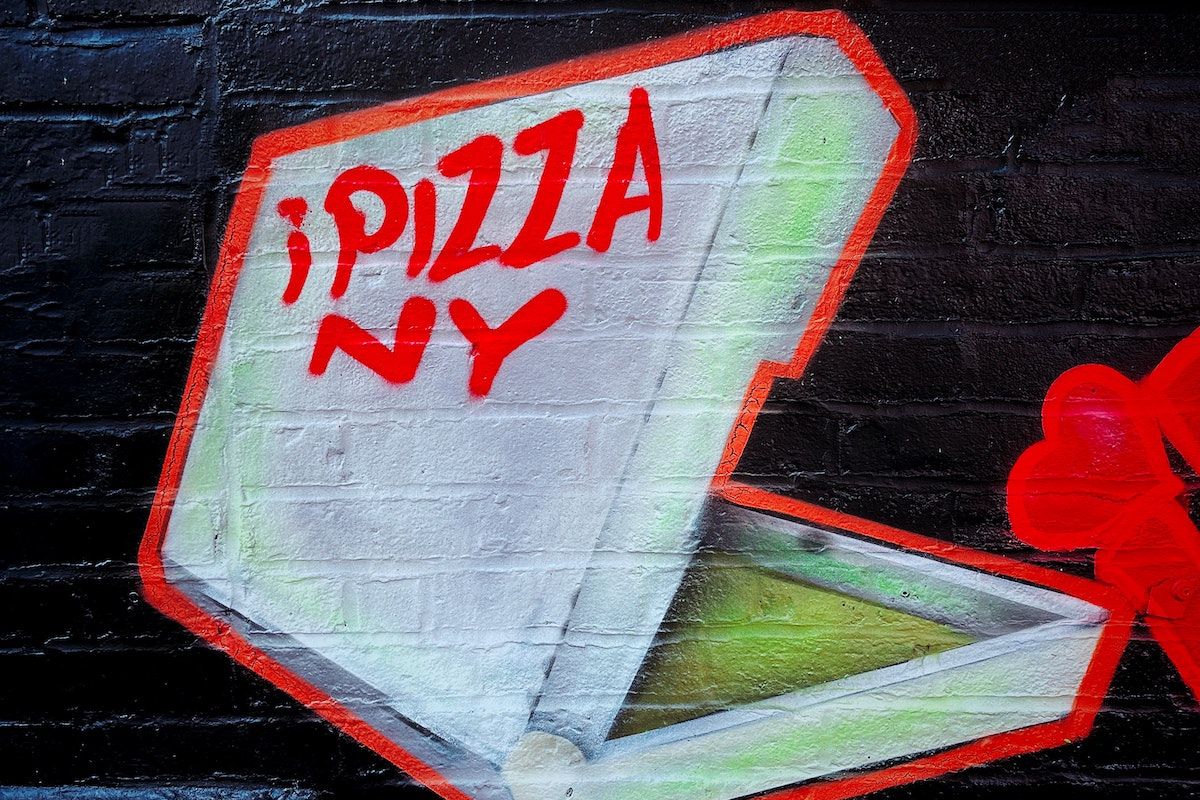 The first thing I did when I visited was to try to find the best NYC pizza. I’ve now visited multiple times and currently live here, and I’m still on that quest.

You could ask 100 New Yorkers their favorite pizza spot, and you’d probably get 25+ different answers.

In this article, I want to give as complete of a guide as possible when it comes to the best pizza in America, NYC pizza! 🍕

Here is what this article will cover (click to jump to that section):

Alright, before the damn people from Chicago start complaining about me calling NYC pizza the best in America, let’s dive into it! ⤵️

First off, just to clarify NYC pizza is the best in the United States. Anyone who says differently is probably from Chicago, California (looking at you California Pizza Kitchen) or some other second-tier pizza spot.

While I’m mostly joking, a giant ass slice of thin-crust New York style pizza just hits different. Especially when you’re drunk at 2 am. The true secret to why NYC pizza is so good is the water in NYC, but that’s a topic for another day.

New York style pizza is generally classified as a hand-tossed thin crust pizza. And it’s typically eaten folded in half because the slices are so big.

Alright, so now let’s dive into some of the best NYC pizza. Of course my own opinion bleeds into this, but a lot of this is based on Google Maps ratings, conversations with other locals, and of course, Reddit.

PS- I’ve created an ‘NYC Pizza’ list on Google Maps where you can view all these options on a map and even follow the list as we add more. Check it out here!

Now, let’s dive into each one! 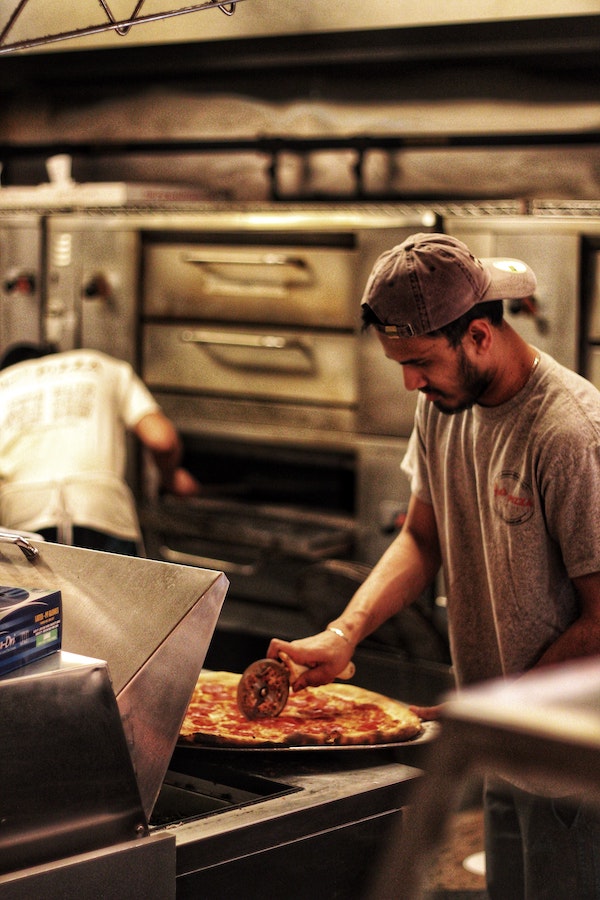 Here’s the hard truth. No matter what you read from grumpy people on Twitter, Reddit, or Google Maps reviews, Joe’s Pizza is a good slice of New York Pizza.

I’ve always been pleased with Joe’s. The crust is probably the most controversial part, but the sauce and ingredients are always good!

If you’re in New York, get a slice (or two) from Joe’s. You’ll be happy you did!

Grimaldi’s Pizzeria first opened in Dumbo, right under the Brooklyn Bridge basically, in 1990. And honestly I LOVE that location.

It has what seems like 7 stories (it’s only 3), the staff is usually friendly (not the door staff though), and there are great views, just steps away, of the Manhattan skyline.

The coal-fired pizza really makes a difference. The crust is unbelievable!

While Grimaldi’s has locations all over the United States, there is only one NYC location (links to Google Maps listings):

There are other Grimaldi’s you’ll find (one on 6th Avenue) but it’s not the same pizzeria. I made that mistake once, and it truthfully just wasn’t as good! 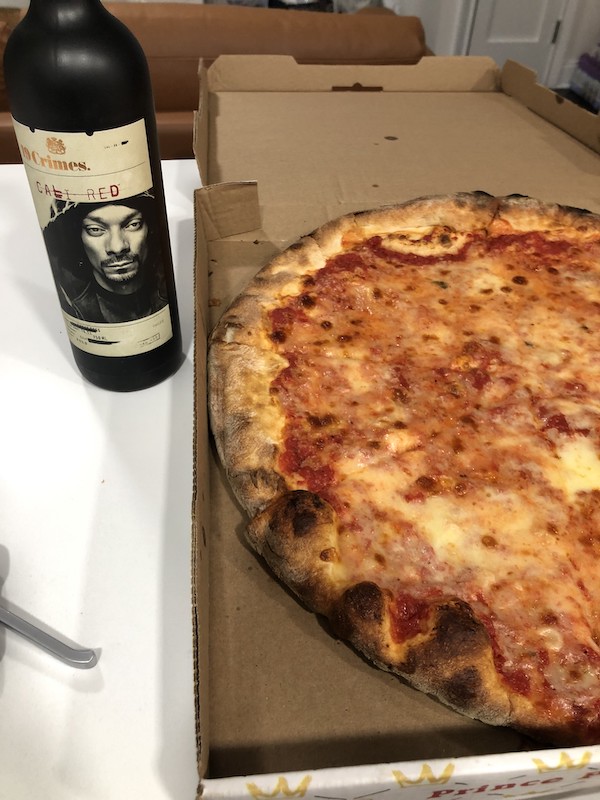 I have nothing negative to say about Prince Street Pizza, it’s ALL good. I personally love their pepperoni as my go-to, but also can never go wrong with a cheese pie.

If you’re gonna get pizza from here, order ahead as you may wait for quite a while if you don’t. It’s also a small location so don’t plan on having space to eat, even outside depending on how busy it is!

It’s on Prince Street, duh, which is near Soho. 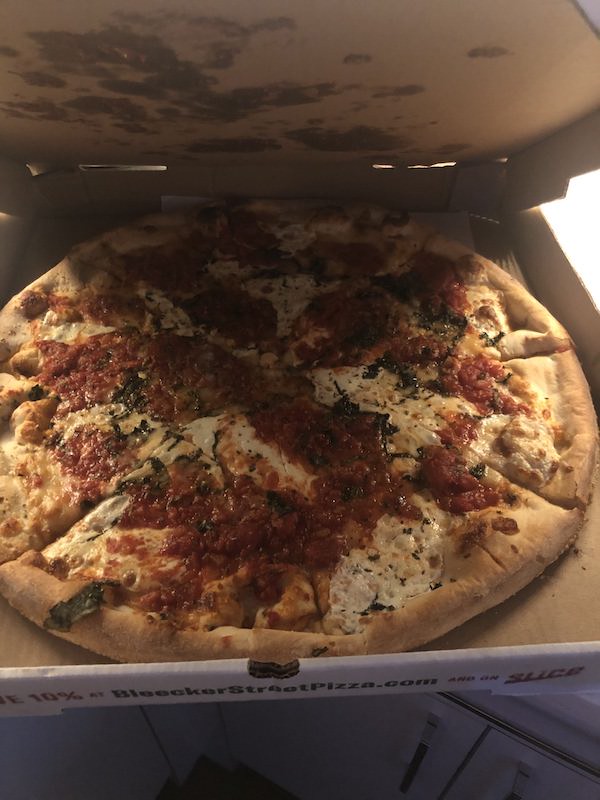 Bleecker Street Pizza is, in my opinion, extremely underrated.

It’s been around since 2004 and has won plenty of awards in that short period of time. Their Nonna Maria Pie is their most popular, but I personally LOVE their Grandma Pizza.

Bleecker Street Pizza is, of course, located on Bleecker Street and 7th Ave. It’s right in the heart of the West Village and is relatively close to Washington Square Park. It’s also pretty close to the “Friends Apartment” if you’re wanting to check that out!

You can’t make a best NYC pizza list without including John’s of Bleecker.

It’s been around since 1929 and that alone is a signal of just how damn good their pizza is. And when you show up and see the line, you shouldn’t have any doubts about the quality!

You could probably guess it again by the name, you’ll find it on the corner (ish) of Bleecker and Jones streets. If the lines are crazy, you can head uptown a couple of hundred yards to Bleecker Street Pizza.

While these may have not made it into my personal top 5, there are other fantastic pizza spots you can check out in the city. Here are a few 👇

Check out all of these (and others) in my NYC Pizza Google Maps list here!

More Top Pizza Spots in NYC, According to Reddit

If I can make one recommendation about life in general, use Reddit. If you’re wanting to find what real humans (mostly) think about certain tourist attractions, food spots, etc. then just add ‘reddit’ to the end of whatever you’re searching in Google. 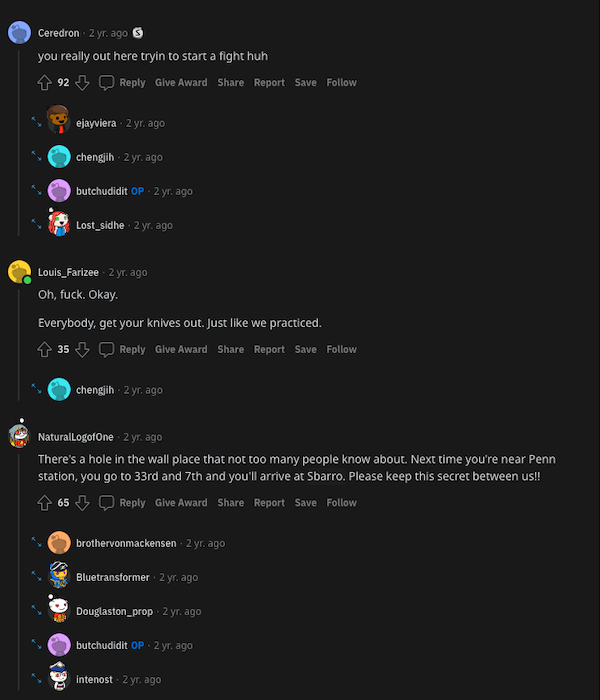 I scoured Reddit threads for other New Yorker’s (and vacationer’s) favorite pizza spots and here are some that popped up frequently. ⤵️

I’ve added them to my own list of pizza spots to check out in the city, make sure you do the same!

Best NYC Pizza in Manhattan Only

New York City, and its pizza, is much more than just Manhattan. But, many tourists stay and explore mostly in Manhattan so let’s check out your best options! 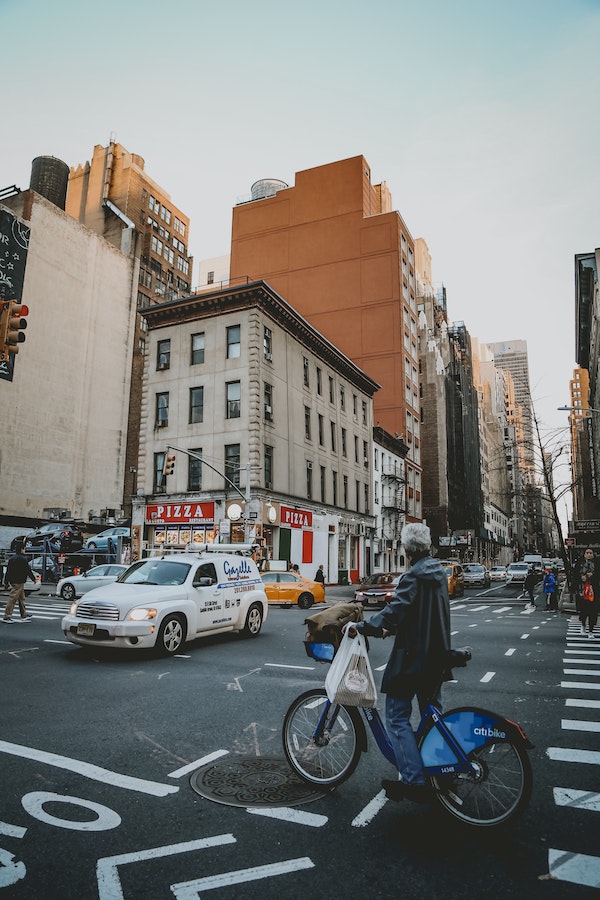 It’s basically my top 5 list minus Grimaldi’s Pizzeria which is in Brooklyn.

Those are just a few, be sure to check out my NYC Pizza Google Maps list for more choices. Just view it on a map to see all the locations in Manhattan!

Just thinking about snagging a slice of New York City pizza makes me happy (and hungry). To me, being able to grab a hot slice of pizza at almost any time of the day is part of NYC’s magic. And while many of the best pizza spots offer individual slices, not all of them do. 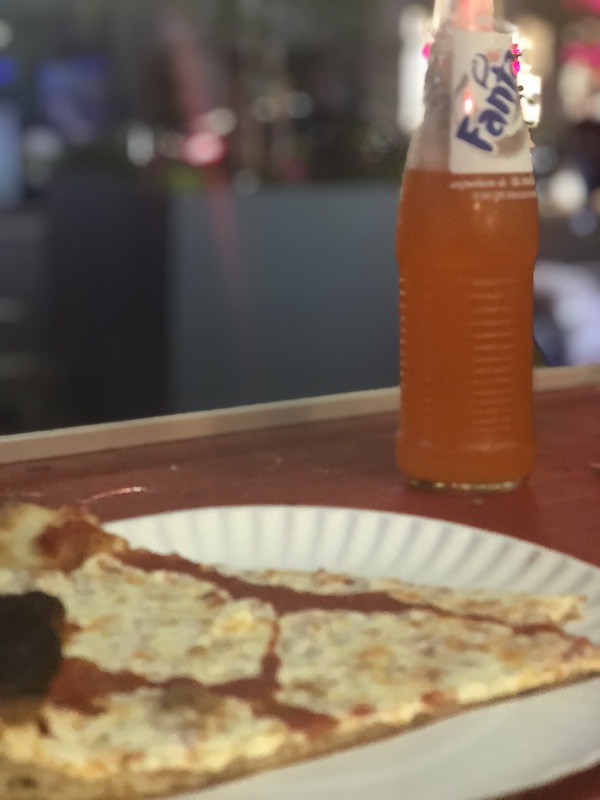 So, let’s break down some of the best places in NYC to grab a quick slice. 🍕

If you want the true New York experience, you’ve gotta snag a dollar slice. The fact that these places still exist at their prices is almost unbelievable.

There can be a line, but they pump pizzas out pretty quickly. The location makes it perfect for grabbing a slice on the way to Central Park or even a Broadway show! A true gift of the city.

You’ll def see some repeats from above, but here is a list of my favorite pizza places in Midtown! (links open Google Map listings) ⤵️

Do NOT go to Ray’s Pizza, I’ve never been happy with the pizza there. I also think Famous Amadeus is a bit overrated.

If I had to choose one pizza spot in Midtown Manhattan it would certainly be the 99 Cent Fresh Pizza for a quick slice!

I’m a huge fan of Google Maps lists. They make it super easy to compile, share, and even follow topic (or location) specific groupings. 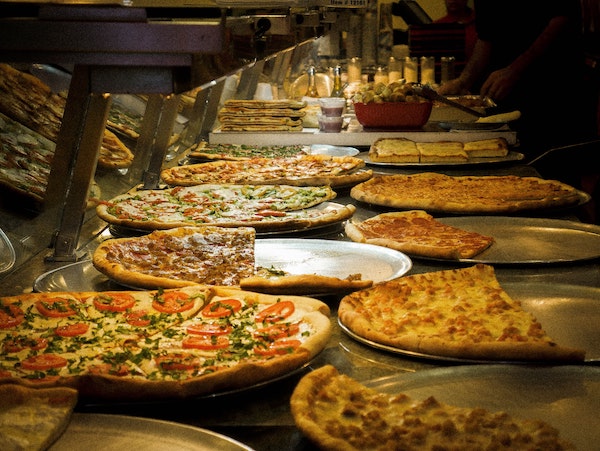 Ask 100 New Yorkers their favorite pizza place and you’ll get at least a couple dozen different answers. But, that’s the beauty of New York City.

There are SO many options to choose from and SO many of them are worth your time and money!

Again, be sure to follow my NYC Pizza Google Maps list to check all (our at least most) of the places mentioned in this article.

What’s your favorite slice (besides Sbarro)? Tell me in the comments! 🍕 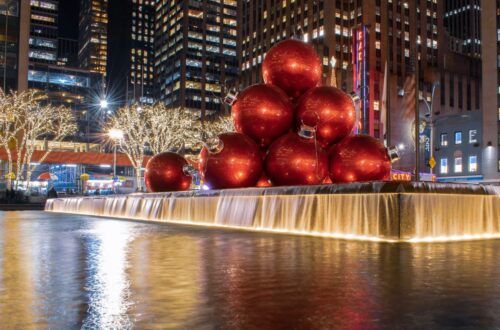 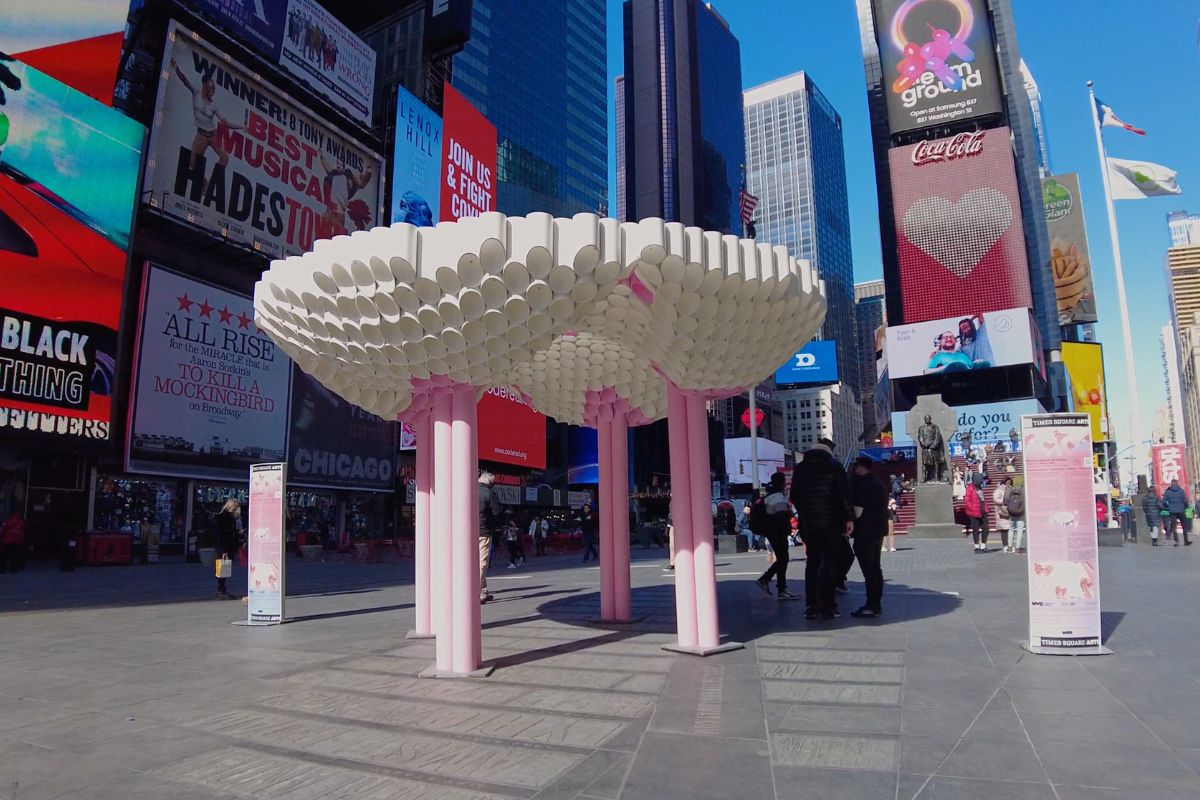 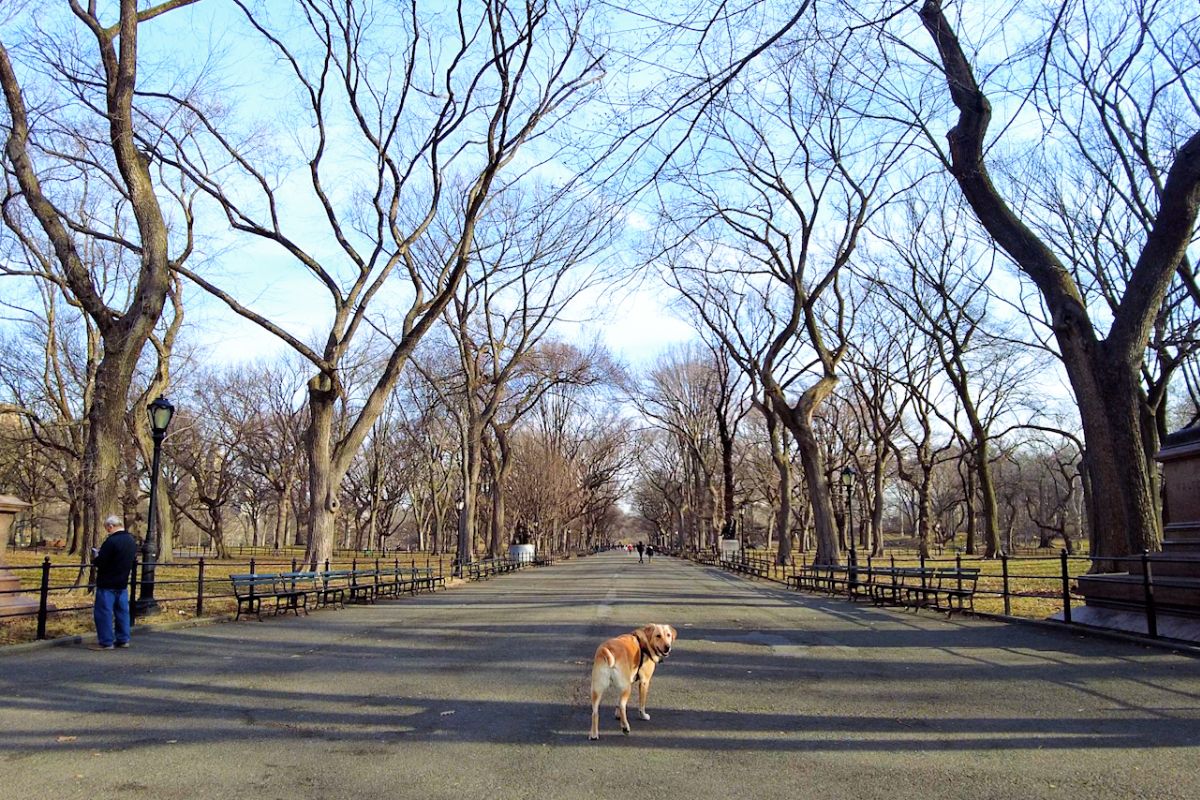 We use cookies on our website to give you the most relevant experience by remembering your preferences and repeat visits. By clicking “Accept”, you consent to the use of ALL the cookies.
Do not sell my personal information.
Cookie SettingsAccept
Manage consent

This website uses cookies to improve your experience while you navigate through the website. Out of these, the cookies that are categorized as necessary are stored on your browser as they are essential for the working of basic functionalities of the website. We also use third-party cookies that help us analyze and understand how you use this website. These cookies will be stored in your browser only with your consent. You also have the option to opt-out of these cookies. But opting out of some of these cookies may affect your browsing experience.
Necessary Always Enabled
Necessary cookies are absolutely essential for the website to function properly. This category only includes cookies that ensures basic functionalities and security features of the website. These cookies do not store any personal information.
Non-necessary
Any cookies that may not be particularly necessary for the website to function and is used specifically to collect user personal data via analytics, ads, other embedded contents are termed as non-necessary cookies. It is mandatory to procure user consent prior to running these cookies on your website.
SAVE & ACCEPT